Our second row seat for the launch of STS-133
We planned this vacation specifically to catch the launch of Space Shuttle Discovery on Monday, November 1. Two days before we left, we learned the launch had been postponed until Wednesday, November 3. That actually turned out OK, as I was now able to score some tour tickets to see the shuttle on the launchpad–something we otherwise would not have been able to do.

On our way out of Kennedy Space Center on November 3, we read on the display board there that the launch would be delayed until Thursday, November 4. Since we planned for this contingency and had not prebooked any hotels all week long and had other places we wanted to see, this was fine, so we headed up to Daytona for the night.

We got up early morning on Thursday morning to catch the fueling go/no-go announcement and it was a no-go due to weather concerns and would be scheduled for Friday, November 5. That was OK because we still had other things to do, so off to Saint Augustine we went.

Again we got up early on Friday to catch the fueling go/no-go announcement. It was a go and we scrambled to get out of the hotel, drive two hours to Titusville in hopes of getting a reasonable spot at the nearest public viewing area possible, so I could get some photos. We got to Spaceview Park about 7:40 AM to catch the 3:04 PM launch.

The fueling process takes three hours and began shortly after we left Saint Augustine. About 8:15 AM, a nice guy also waiting at the park tells us they discovered a leak and the launch was scrubbed for the day. Since we don’t leave until Saturday afternoon, I was hoping we’d get one more chance and we’d catch it from the plane home since the time was about right. But a crack in the foam was discovered and 3 1/2 months later, Space Shuttle Discovery took off without us. Here is what our view would have been like if it went the day we were there.

You can see the shuttle on the launchpad on the horizon in between the center of the arms of the two chairs (almost exact center of photo). The other building to the right above the right chair is the Vehicle Assembly Building. 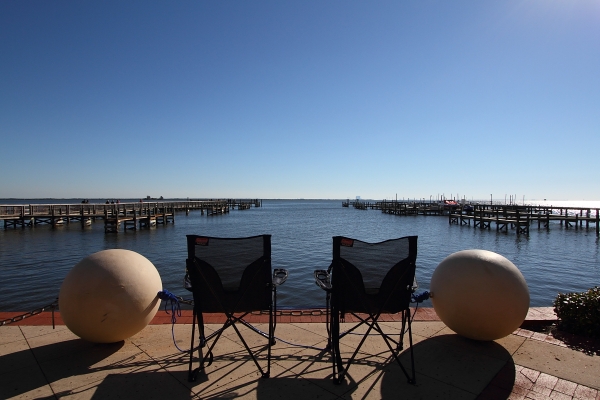 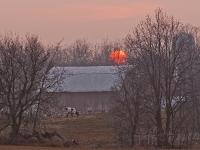 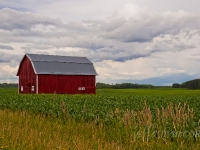 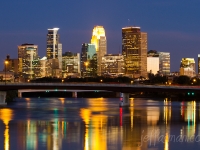 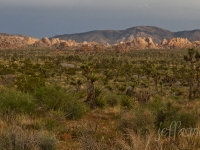 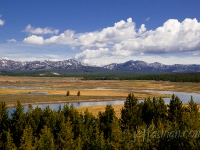 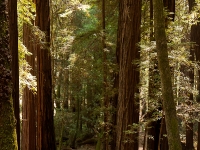 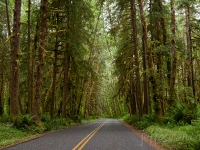 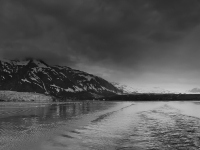 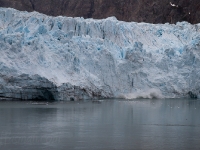 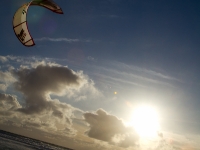 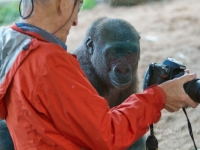 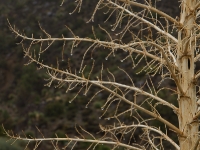 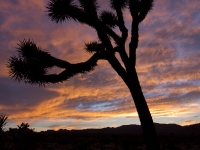 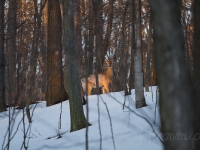 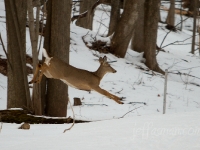 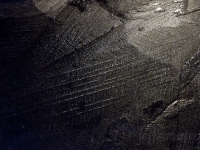 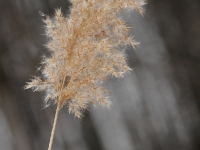 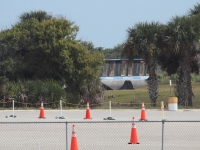 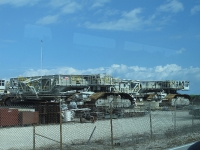 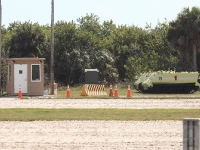